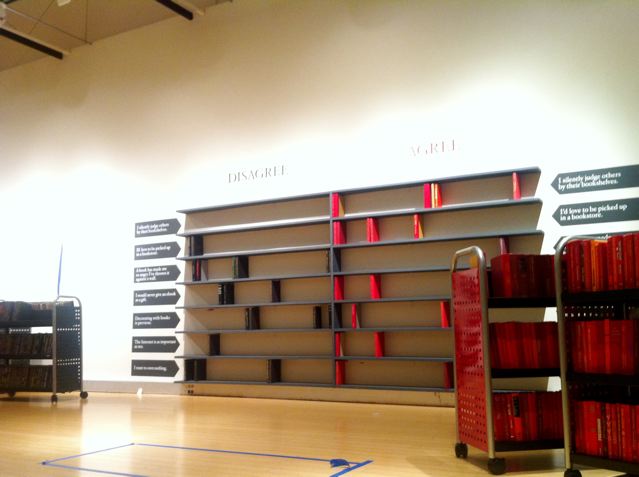 Does our definition of what a book is need to change? Barbara deWilde has been seeking to answer just that as part of her project “What the Book” in my SVA IxD class that also doubles as an installation at the AIGA 50 Books/50 Covers exhibition going up later this week at the AIGA headquarters in NYC. This on the heels of the near cancellation of the competition last year which drew the ire of many designers.

Part of the project is a short survey online that asks you to agree or disagree with such statements as “I would never give an ebook as a gift” and “Decorating with books is perverse”. Those same questions are asked at the exhibit too as an installation that allows viewers to physically shelve books as votes (as seen in the photo above). Very cool. 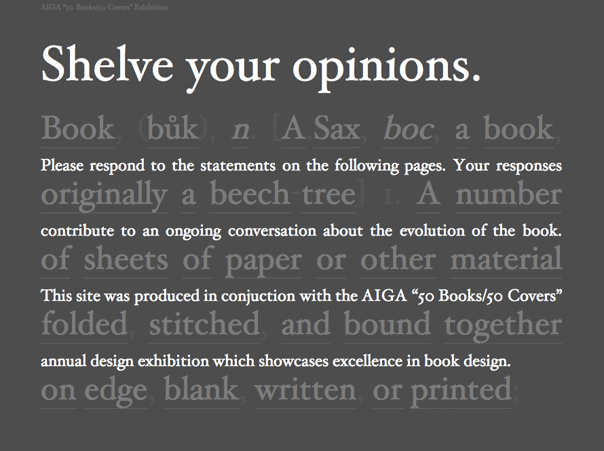 At the end of the survey, you’re also asked to give your definition of a book. And:

Each day, for the duration of the exhibition, a new definition of the book will be written on the gallery wall at the AIGA National Design Center in New York.

Spend a couple of minutes with the survey, and if you’re in NY between now and the end of February, swing by the exhibit at AIGA.