Comic Books on the iPad 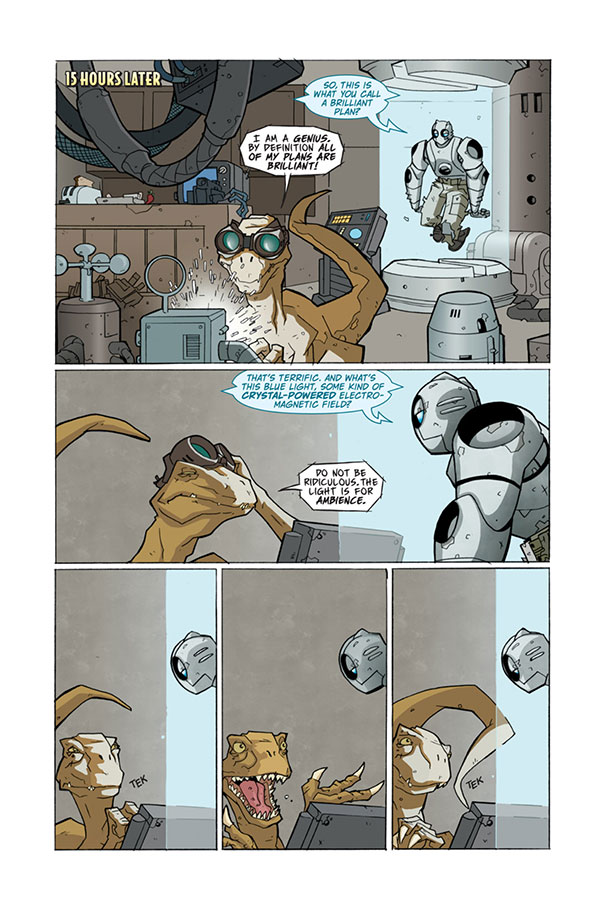 I’ve been reading comic books since I was a kid, and now the new iPad has quickly become my primary means for reading them. Comics are one of the few printed formats whose interaction may have actually improved (or at the least didn’t diminish) when they moved to the iPad.

The de facto standard for digital comics is the app Comixology — whose technology is also licensed by standalone apps from the big publishers. It’s available for the iPhone and iPad (plus Android and Kindle Fire, but I haven’t tried those). Panelfly is another app that’s been around for a while, but the newly teased interface on the site is only available on the Galaxy Tab (the one in the iOS App Store is still the old interface), and they’ve been largely silent about when the release might happen.

Regardless, Comixology seems to have the lionshare of content from all the big publishers, with many titles being released the same day as print (like The Walking Dead).

With the new iPad’s crazy screen, reading a fully zoomed-out page is now comfortable because all of the text is crisp and readable. The interface also provides a smart panel-by-panel zoom that can be great for some books. This view can be fun because you actually get surprised when the story unfolds (rather than seeing something you haven’t read yet out of the corner of your eye).

Comixology may be the best comics app out there, but there’s always room for improvement. Some of the typical interactions I’m used to in other services leave me wanting with Comixology. It has the potential to be even more awesome than it is now, and these are a few of my humble desires from it in the future:

Most of these things are straightforward patterns we’ve seen in services for years now. I don’t mean to belittle the effort it would take to make them, I just mean we may not need to reinvent the wheel either.

If a particular book is important to me, or leaves a lasting impression, I will still buy it in print. If for no other reason than to keep it closer to me for years to come.

But the advent of reading more comics on the iPad is saving my already overloaded bookshelves. I’m buying more than I did when I only bought in print (which isn’t bad for the industry), but now I’m less concerned with figuring out where to keep them.